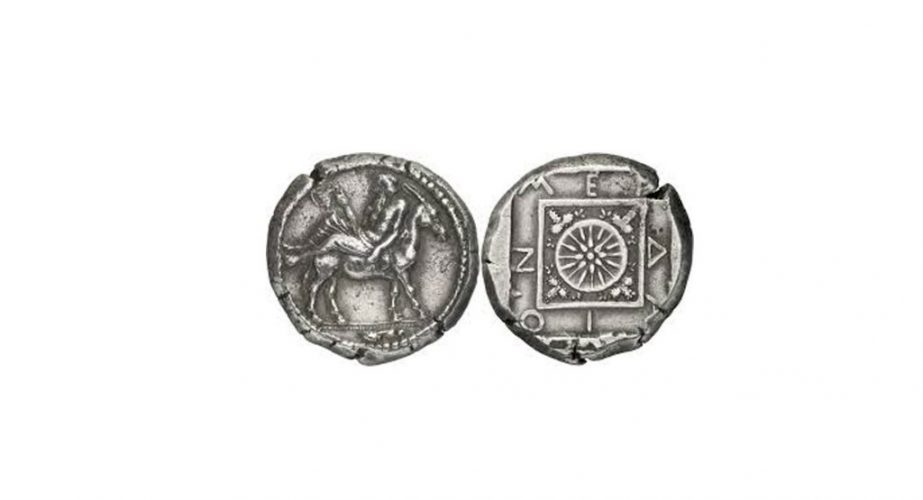 Ancient Mende, which flourished due to the exports of the prominent Mendean wine, was one of the colonies of Eretria founded in the peninsula of Pallini in the 8th c. B.C. The main archaeological site covers an area of 1200 by 600 meters and lies on a verdant hill covered in pine trees, which descends to the sea.

Underneath the acropolis, or Vigla, which is located on the highest southeastern part of the hill, underground storage facilities with pottery were discovered (clusters of storage pits) that date from the 12th to the 7th c. B.C. In the plateau, also known as Xefoto, a trial trench revealed part of the classical city wall. In Proasteio (means “Suburb” in Greek), which is also cited in Thucydides, covering the coastal area outside the ancient city wall, various settlement phases from the 9th to the 4th c. B.C. were investigated.

In the coastal cemetery, located on the beach of Hotel Mende, 241 burials, mainly of infants and young children, inside big pots were investigated which date from the late 8th to the early 6th c. B.C. These pots were mostly painted, with floral and geometric decorations, or engraved and are considered typical samples of the pottery in Halkidiki.